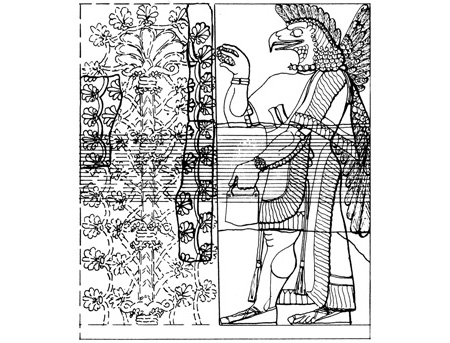 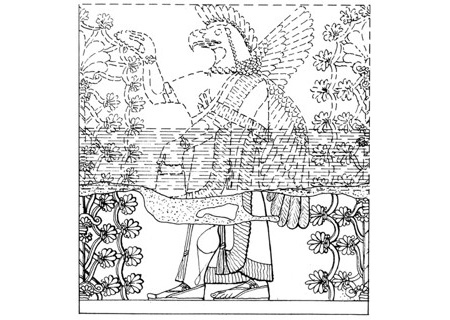 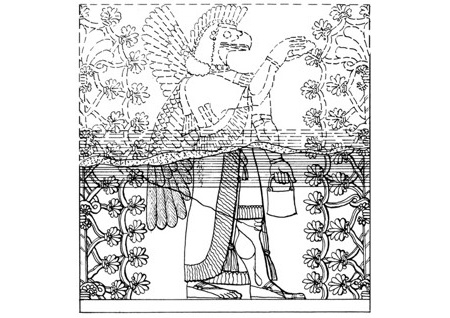 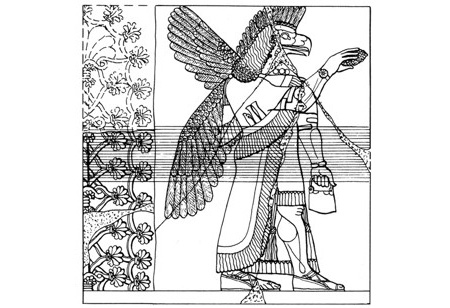 Beneath the Date Palms

Chicago-based artist Michael Rakowitz’s ongoing project The invisible enemy should not exist focuses on the movement and provenance of cultural artifacts and artworks as a complication of war. Rakowitz reconstructed objects taken from the National Museum of Iraq—some which have since resurfaced in the aftermath of the U.S. invasion of Iraq in 2003—using recycled materials, such as newspapers and food packaging from various Arab communities across the US, to mark the relics’ sites of origin with culturally specific points of references. Rakowitz’s research-based practice highlights the impact that exploration, colonization, and occupation have on a place’s cultural history, how information and objects circulate, what is revealed or remains hidden.

In 2015, the Islamic State destroyed a number of Iraqi heritage sites, including the Northwest Palace of Nimrud. For Beneath the Date Palms, his contribution to CURRENT:LA FOOD, Rakowitz has reconstructed the exact architectural footprint of Room F of the Palace with panels in their original placements as it had existed since antiquity and prior to the West’s plunder in the mid-1800s. All of the panels feature Assyrian iconography and decorative elements that resemble date palms, considered a symbol of prosperity. Missing panels spaces in Room F represent reliefs that have found themselves in global museum collections; one of them being the Los Angeles County Museum of Art (LACMA). Beneath the Date Palms is a work about removals and displacements.

Rakowitz stages Room F as a communal gathering place in Pan Pacific Park and invites members of LA’s Iraqi community and Iraq War veterans, to use dates to create and enjoy special meals on-site. The dates are harvested from date palms grown in the Coachella Valley, the center of the date industry in the United States.

Iraqi dates were once considered the best in the world, with the date industry serving as the country’s second-largest export, next to oil. Dates are now widely available in the United States, with California being the country’s largest producer. In the early twentieth century, Bernard G. Johnson, deemed the “father of the California date industry,” established a USDA experimental station and planted date seeds, some of which were acquired from Iraq. The successful endeavor marked the birth of the industry; today, over one-quarter of a million trees in the interior California desert produce four varieties native to Iraq, including the barhi, halawi, khedrawi, and zahidi. For Rakowitz, the date becomes an enduring symbol of the fraught history between the United States and Iraq and asks viewers to contemplate how geopolitics impact our everyday lives, including the food we eat.

Beneath the Date Palms

A House with a Date Palm Will Never Starve