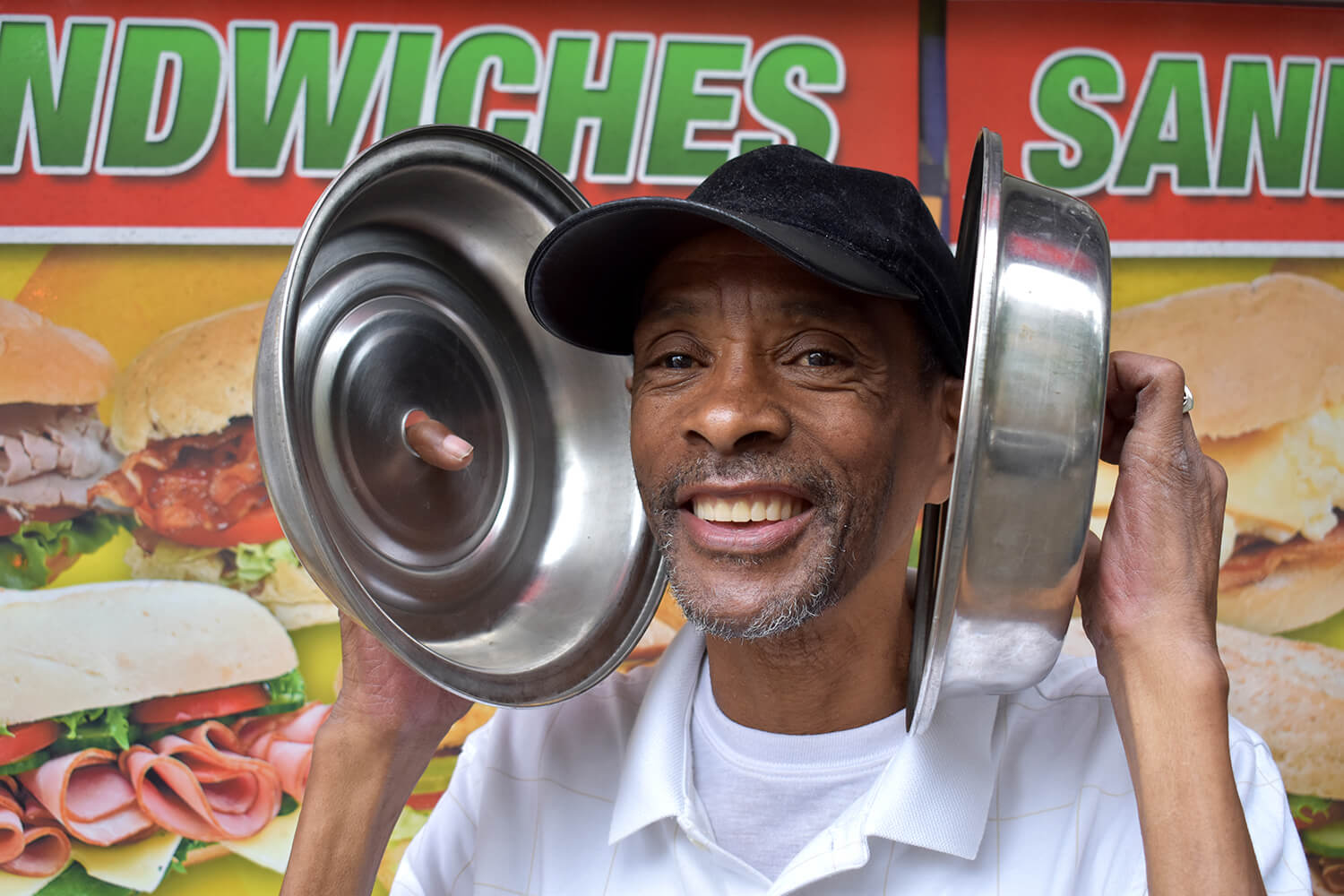 Enchanted Servers is a series of multidimensional events and art installations that metaphorically set the table to celebrate and reflect on the many ways food is served. In honor of the tradition of community festivals in Leimert Park, Ward presents a cross-section of participatory activations anchored in meaningful social communion around food, art, and music. Ward’s Jack Totem sculpture in Leimert Park Plaza is comprised of metal food plate covers—often used for hotel room service—combined with multiple stacked jacks fastened to a wheeled utility trailer. Fastened to the totem are steering wheels, kitchen utensils, and boot laces. The portable jacks, often used to raise vehicles to repair flat tires, remark on Los Angeles’s dependence on automobiles. The Jack Totem’s jacks are stacked with each one cranked open wider than the one beneath it and all forming a skyward lift. In addition, Ward has created Table Settings — assemblages of found food-related objects and utensils to be placed on top of the site’s tables during the events. For the artist, the combination of food plate covers, jacks, and other objects from vehicles and kitchens alludes to food truck vendors—a community Ward recognizes for its entrepreneurial vigor and literal drive to serve diverse menus in a wide range of neighborhoods throughout the city.