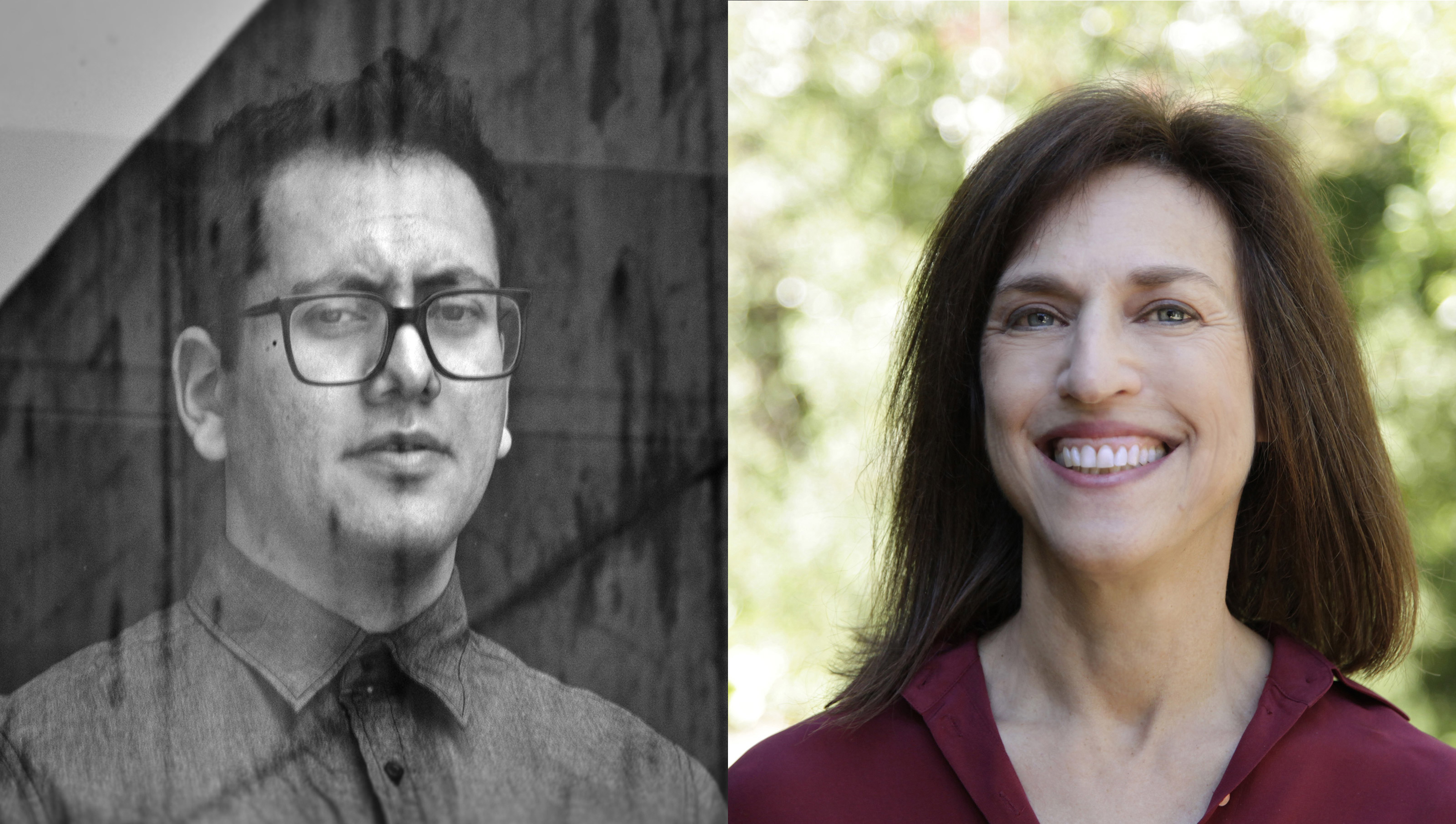 Imagine descending deep below the surface of LA to see the aquifers— alternating layers of water-bearing soil and rock from which our groundwater is extracted. To see these layers is to go back in time (the geological history of the region) as well as space (the formation of the LA basin).

Refik Anadol & Peggy Weil’s UnderLA: Origin of the LA River is a visual descent to the surface of the city. Scrolling lithographic images of soil samples from 1,400 feet below the surface captured by geologists at ten-foot intervals take viewers back in time. An image at 1,000 feet, for instance, is a snapshot of one million years of the basin’s geologic history; at 1,400 feet, viewers travel back 2.5 million years into the Pliocene era.

The artists collaborated with geologists from the U.S. Geological Survey (USGS) to obtain data and photograph soil samples from two LA well sites. The collected information was then digitally processed to produce the monumental projections seen in this installation. The twenty-seven-minute videos are interspersed with data-visualization sequences, which were created using 3-D lithographic models and hydrographic well data showing fluctuating water levels—a reminder that LA’s aquifers are stressed by the continuing drought.

Together, the imagery represents a portrait of a landscape updated for arid times. UnderLA is a visual creation story in vertical sections that reveals the beauty and vulnerability of the aquifer system and serves as a reminder of the importance of water conservation.

PEGGY WEIL (b. Minneapolis, Minnesota; lives and works in LA) is an artist working in interactive media, design, and public visualization. She is a graduate of Harvard University and the Massachusetts Institute of Technology. Weil worked on pioneering projects integrating computer graphics, human-computer interaction, and telepresence as an original member of the Architecture Machine Group (currently known as the MIT Media Lab). Her work spans genres, from virtual-reality installations and immersive journalism projects to gaming and bots. Weil has exhibited nationally and internationally in exhibitions including Mockumentary: Reality Is Not Enough at the Moscow Museum of Modern Art; Feed Forward, Angel of History at LABoral Centro de Arte y Creación Industrial in Gijón, Spain; and HeadsUP!2012, a groundwater visualization project on digital signage in Times Square in New York City. Weil teaches at the USC School of Cinematic Arts and is an advisor to the LACMA Art + Technology Lab, where she directs a public conversation series on art and technology.” Visit the artist’s website.

UnderLA uses scientific and photographic data generated from LA’s aquifers—layers of porous rock capable of holding and transmitting water—to create a site-specific projection for the Origin of the LA River (#underlawater/underlawater.com).

Origin of the LA River