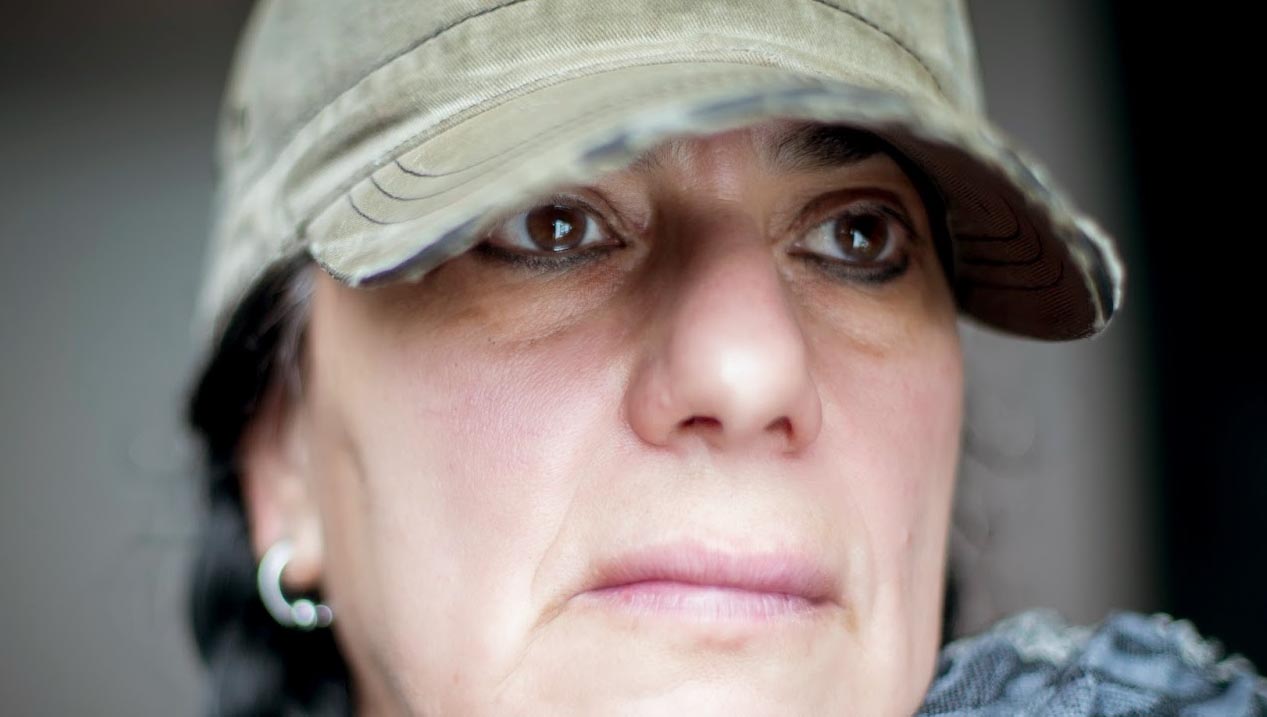 La Sombra (The Shade) commemorates victims of lethal violence. Under the direction of artist Teresa Margolles, twenty artists performed a precise series of actions using water—a principle element in this structure—to absorb the invisible traces of matter embedded in the scenes of 100 crime sites throughout Los Angeles. Margolles collected this water—elusive evidence of violent actions and lives lost—to mix with the concrete that shapes this massive object. The result is a tranquil place to rest and reflect under the structure’s cool shade, making the shadow itself another essential element of this work.

“A city that silences its victims is destined for failure,” says Margolles. Victims’ names were drawn from local newspapers and the Los Angeles Times homicide database—public, although often overlooked resources. This artwork offers powerful respect and honors the memory of those no longer living.

Teresa Margolles (b. 1963, Culiacán, Mexico; lives and works in Mexico City) studied art at the Directorate of Research and Development of Regional Culture in Sinaloa and communication sciences at the Universidad Nacional Autónoma de México in Mexico City. She received a diploma in forensic medicine from the Forensic Medical Service (SEMEFO) in Mexico City. Margolles was founding member of Grupo SEMEFO in 1990 in Mexico City. She presented a solo exhibition titled What Else Can We Talk About? for the Mexican Pavilion at the 2009 Venice Biennale. Recent solo exhibitions include 45 Corps (2006 – 16) at the Museo De La Ciudad, Querétaro, México (2016); We Have a Common Thread, Neuberger Museum of Art, New York (2015); The Witness, Centro de Arte Dos de Mayo, Madrid (2014); and The Promise, Museo Universitario de Arte Contemporáneo, Mexico City (2013); among others. Forthcoming group exhibitions include Momentary Monuments at the Migros Museum für Gegenwartskunst and Basta! at the Anya and Andrew Shiva Gallery, John Jay College of Criminal Justice at City University of New York, both in 2016.

Using water to mark 100 murder sites in LA, Teresa Margolles used the water from that process to erect a single memorial to these victims of violence, and offer a place of respite at Echo Park Lake, where visitors can rest, meditate, and reflect under La Sombra (The Shade).